Rajasthan Royals finally managed to script their second victory of the 2019 Indian Premier League (IPL) as Jos Buttler clattered 89 off 43 balls before Shreyas Gopal (13 off 7) rescued his side with the bat to beat Mumbai Indians by four wickets in yet another edge-of-the-seat contest at the Wankhede Stadium, here on Saturday. Chasing a competitive 188 for victory, the visitors were comfortably placed at 147/1 in 13.1 overs. However, Krunal Pandya and Jasprit Bumrah rocked the Rajasthan middle-order as they tumbled to 174/6 in the 19th over before Gopal came to their rescue.

Rajasthan openers Ajinkya Rahane and Buttler were off to a watchful start and maintained a decent run-rate as the scorecard read 28/0 after three overs. The duo added another 31 runs in the next three overs before Krunal struck to send back skipper Rahane for 37 (21 balls, 4x6, 6x1). New batsman Sanju Samson, along with Buttler, kept the scoreboard ticking as they took Rajasthan past the 100-run mark in the 10th over. Buttler slowly shifted gears as he smashed medium pacer Alzarri Joseph for 28 runs in the 13th over with Rajasthan placed at 146/1.

Rahul Chahar then gave Mumbai the much-needed breakthrough, as he got rid off the dangerous Buttler in the 14th over. While trying to clear the fence, Buttler (89; 43 balls, 4x8, 6x7) holed out to Suryakumar Yadav at the long-off fence. Samason kept the runs flowing before Bumrah packed him back in the 17th over with Rajasthan needing 18 off the last three overs.

Things turned ugly for the visitors as Krunal struck twice in the 18th over, accounting for Rahul Tripathi (1) and Liam Livingstone (1), before Bumrah made the situation worse for Rajasthan by dismissing Steve Smith (12) in the next over. With six needed off the final over, Shreyas Gopal held his nerve to pick a couple of runs in the first ball before smashing Hardik Pandya for a boundary in the third delivery to help Rajasthan clinch a thriller. For Mumbai, Krunal (3/34) and Bumrah (2/23) were the pick of the bowlers.

The common adage goes that morning shows the day, and the MI innings was a perfect testimony to that. With regular skipper Rohit Sharma back in the XI, he opened the batting with de Kock and the two took the Royals bowling to the cleaners right from the word go. Such was their domination that MI raced to 57 without losing a wicket in just six overs. They played smart cricket and latched onto the bad balls to ensure that the RR bowlers paid the price when they erred in length. The two were in such good form that even the otherwise economical Jofra Archer went for 12 off his first over of the game.

But Archer had something to celebrate when he dismissed Rohit for a 32-ball 47 (4x6, 6x1). Looking to up the ante after reaching a comfortable 92/0 after 10 overs, Rohit perished as he looked to hit Archer out of the park in the 11th over. Jos Buttler completed an easy catch at long-on as Sanju Samson wore the wicketkeeping gloves again. Coming in at No.3, Suryakumar Yadav too looked to build on the strong start, but managed to score just 16 off 10 balls before Dhawal Kulkarni cleaned him up. Kieron Pollard too failed to make much of the opportunity as he was dismissed by Archer, with the batsman looking to hit the West Indies born English player out of the park.

De Kock though held fort and kept picking the timely boundaries before Archer finally dismissed him as the southpaw looked to clear the long-off boundary in the penultimate over, only to be caught by Buttler who took a brilliant running catch. Losing wickets at regular intervals as they tried to finish with a flourish, MI managed to score 61 runs in the last five overs for the loss of three wickets. Brief Scores: Rajasthan Royals 188/6 in 19.3 overs (Jos Buttler 89, Ajinkya Rahane 37; Krunal Pandya 3/34) beat Mumbai Indians 187/5 (Quinton de Kock 81, Rohit Sharma 47; Jofra Archer 3/39) by 4 wickets.     - IANS 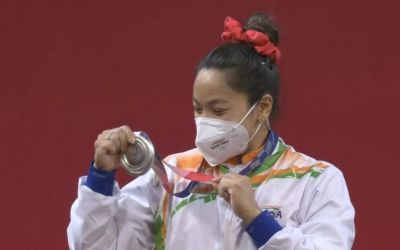 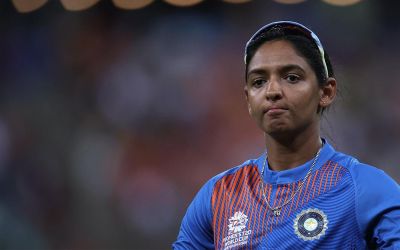 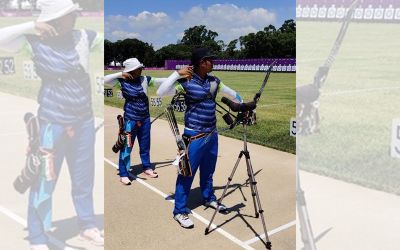