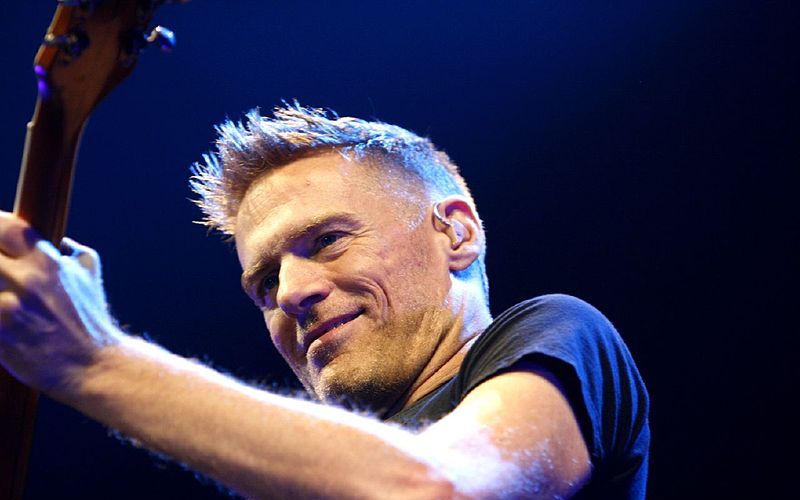 Grammy Award winning singer-songwriter Bryan Adams will be coming to India in October for a multi-city tour, and says he is excited about performing in the "beautiful country" again.

This will be his fifth visit to the country. The gigs are lined up in support of the music veteran's 21-track compilation "Ultimate", which released in November last year.

"Namaste India. At the onset I'd like to wish each one of you a very happy Independence Day. India is one of my favourite places in the whole world," Adams said in a statement.

"The love and generosity that I have experienced here is immense," he added.

The tour will start with a concert in Ahmedabad on October 9 and move to Hyderabad (October 11), Mumbai (October 12), Bengaluru (October 13), before wrapping up in Delhi on October 14. The event is produced by ENIL and has partnered with Infibeam Digital Entertainment Pvt. Ltd. for the gig in Ahmedabad.

"I am eternally grateful to ENIL for (giving me) the opportunity to perform again in this beautiful country," added the Canadian rocker, who is known for his signature brand of feel-good rock and roll and big ballads like "(Everything I do) I do it for you", "Summer of 69" and "Please forgive me".

Mahesh Shetty, Chief Operating Officer at ENIL, said: "Bryan Adams is one of the most exciting live musicians in the world and his energetic performance, effortless stage presence and incredible vocals are guaranteed to thrill and entertain. His first concert in India was in 1995 in Mumbai which set a precedent for other global artists who wished to perform in India. He enjoys a devout following in India... We are extremely excited to bring his tour to India and anticipate a total sell out."

The aim of "Ultimate" is to condense his extensive back catalogue - 13 studio albums, five live albums, five compilation albums and over 75 singles - into a 21-track offering guaranteed to capture the true essence of the hitmaker's much celebrated career.