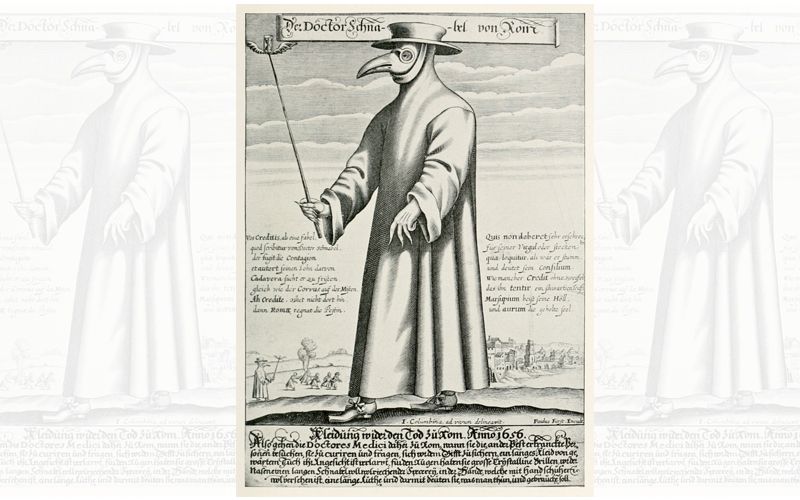 To mask or not to mask… that is the question! A pretty poignant one at that, since not wearing one, when outside, is supposed to elicit a fine of Rs 1000. And that ladies and gents is the world we live in today. Who would ever have thought that wearing a mask, gloves, and rubbing copious amounts of alcoholic sanitizer on our hands would one day become just as normal as the morning bath?

Stepping out into crowded areas, shops, offices, and the neighbourhood tarkariwallah, comes with its own perils. There are predetermined lines one is supposed to be inside, taped squares one has to stand on, everyone inside is giving a wide berth to their fellow humans. Gone are the hugs and handshakes. Au revoir pecks on the cheek. It’s the elbow bump and flying kisses that are de riguer. Even our desi namaste is back in fashion.

Meetings have all moved online; Zoom call is the new standard and webinars have become irritatingly popular. Everyone wants to add their two cents to business scenarios and the nature of the pandemic. It’s almost as if we have all become renowned experts in a plethora of different fields. While we’re supposed to be maintaining social distance and trying as best as we can’t venture out, it’s the opposite that we are witnessing. It’s as if two months of exile has ended and finally re-introduced us to our long-lost love - the hustle and bustle of 21st-century capitalist life. 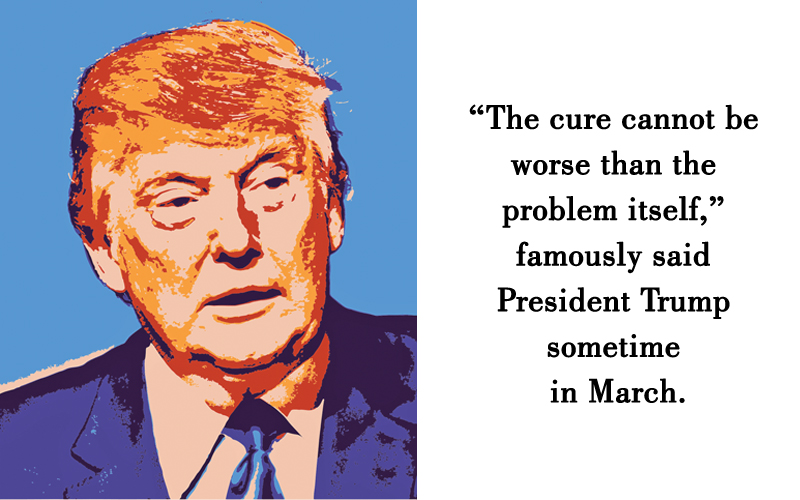 Domestic flights are now back on, and while there is supposed to officially be some measure of quarantining, there is, in fact, none of that. People at airports are usually being pulled aside if they display a fever and that dreaded infrared temperature gun beeps off in disappointment. Amid such a scare, one wonders at the state of mind of the man or woman risking their lives to board a plane. Sure there are those gigantic face shields, the gloves, and the security measures, but all it takes is a single sneeze in the blowing wind and bam there’s the transmission.

To say that we as a people are currently experiencing a general state of confusion would be an understatement. What’s allowed, what’s not is in direct conflict with what’s being practised. If you’re telling us to keep the elderly and very-young indoors, then why is it that they are being allowed to roam around freely? Has the government actually now passed the buck onto us, the public? Is it in our hands now to police this viral plague and survive it?

It’s funny how this moral dilemma has played out. A virus, not of our choosing, has spread around the globe because of the actions of a few humans in a foreign country. Who is to blame? Whose head rolls for this global calamity? Why is it that my life has to now change entirely because of the carelessness of a few men and women I don’t even know of? Where is the compensation for my losses, where is my revenge?

For each naysayer among us, there is an optimist who argues for the opposite. “The cure can’t be worse than the problem itself,” famously said President Trump sometime in March. Should the economy be allowed to collapse, decimating the net-worths of the world’s largest conglomerates? Should people go without wages and work, and should the poor find themselves in a position where they can no longer feed their families? That is a surreal outcome one has to take into account when lobbying for restrictions and further lockdowns. The collapse of our food supply chains, the loss of jobs and strain on the economy directly leads to the loss of lives of some of society’s most vulnerable… people killed by the constricted conditions instead of COVID-19.

So how does one go about making these unimaginably complex decisions? Do more people suffer because of closure or because of the sickness? How does one choose who gets to live and who dies? That is exactly what our governments have done now, taken the tough call to wing it and see how things go. We are in effect, living out an enormous, worldwide experiment of sorts. Each country’s government using its own logic to manage life for its distinctly different population. 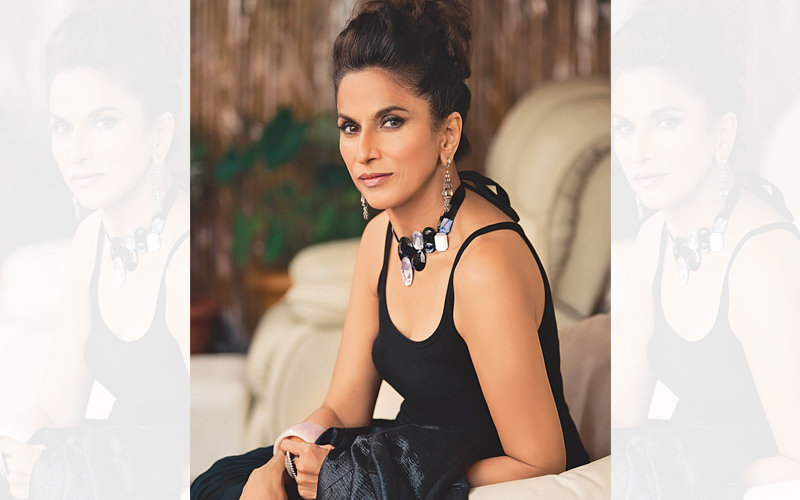 On May 5, author and columnist Shobhaa De tweeted “#liftthelockdown,” five times before signing off “Enough!” and addressing it to the PMO India Twitter handle. This while Mumbai, where she lives, suffers from some of the worst numbers of COVID-19 infected patients and the most number of deaths in any Indian city. There must be some reasoning behind her vociferous ire. The answer to which is simple – we’d rather battle it out in the open than cower from it while imprisoned. And that’s pretty much the sentiment of the rest of the world today. Stay safe and be indoors if you feel you are at risk, for the rest of us, allow us to protect ourselves and bring things back to normalcy.

Me? I’m yet to make up my mind, which is currently oscillating between extremes and unable to make much sense of anything… confused, that’s what I am, as am sure so are millions of my fellow-Indians. Will we go into another lockdown after a few months, will more lives be lost? These are the questions we are all asking as we walk into what is clearly A Brave New World.          – Vishwaveer 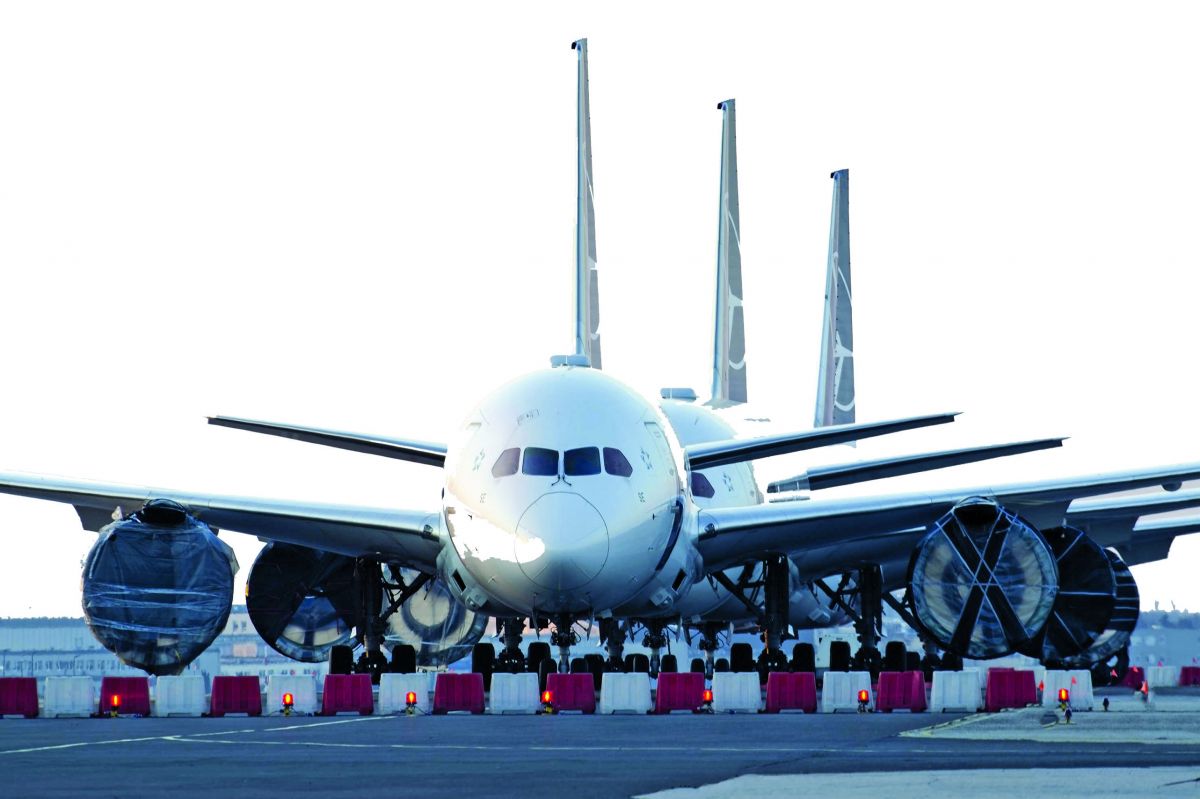 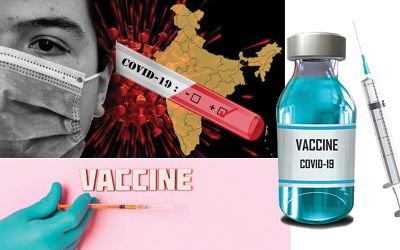 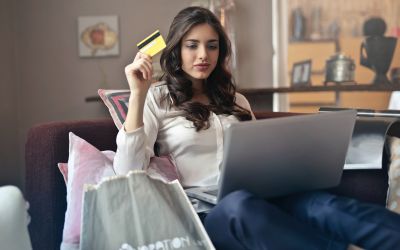 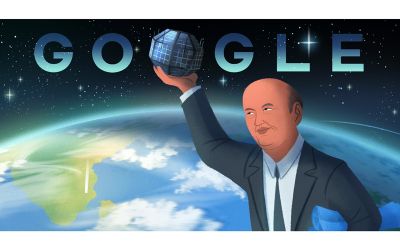 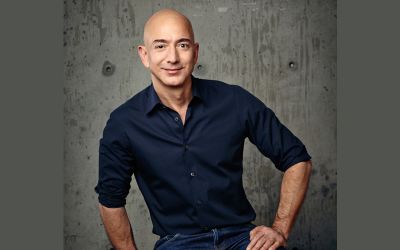