American pop singer and Grammy award winner Lady Gaga has teamed up with Bradley Cooper for the third remake of “A Star Is Born”, directed by Bradley Cooper and produced by Jon Peters Entertainment and Gerber Pictures.

The film is a remake of the 1937 film with the same name. “A Star Is Born” features Bradley Cooper, Lady Gaga (Stefani Germanotta), Andrew Dice Clay, Dave Chappelle and Sam Elliott. This film will be the first directorial debut for Cooper and the first debut film for Lady Gaga. “A Star Is Born” revolves around a country singer Jackson played by Cooper, who aspires entertainer Ally played by Lady Gaga to find fame. The makers of the film unveiled the first look and the singer took to Instagram and shared the picture, with a caption “I am so excited to star in my first movie alongside someone I'm so lucky to call my friend. I always wanted to be an actress on the big screen. The story of "A Star is Born" is so special and I'm so grateful to Bradley for making my dream come true. Can't wait for you to meet Ally. She has her first scene in 5”. 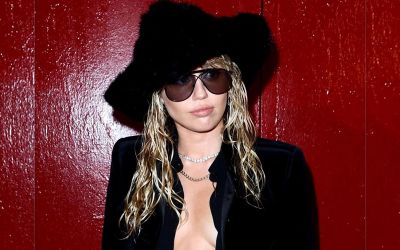