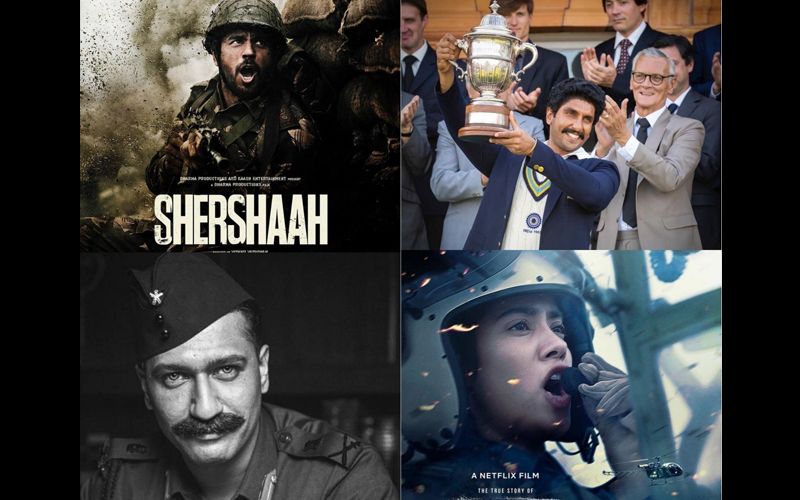 There was a time when patriotism in Bollywood generally meant war drama packed with the emotions of glory and valour, and the loud assertion of nationalism that often bordered on jingoism. The trend seems to be changing. Bollywood's new patriotism is challenging traditional formula by driving the narrative towards celebrating heroes and incidents that have made India proud, in the process have stirred a sense of love and pride for the nation.

"The narrative of storytelling has changed. We know what happened during the freedom period, and we have seen lots of movies, documentaries on that. Now, we are exploring individualistic stories, and their challenges," trade analyst Girish Johar told IANS.

For many years, Manoj Kumar was the first name that popped into one's mind at the thought of films that come with hues of patriotism. The next notable big of patriotism came with Sunny Deol. His larger than life brand of patriotism was based on taking the 'enemy' (Pakistan) head-on in cross-border drama, best seen in pop classics as "Border" and "Gadar: Ek Prem Katha". There were the Bhagat Singh films of that era, too ï¿½ one with Sunny and his brother Bobby Deol that celebrated rhetoric, and the more subtle "The Legend Of Bhagat Singh" that won Ajay Devgn a National Award.

Bollywood's new patriotism has moved away from such in-your-face assertion of love for one's country. Superstar Akshay Kumar is among actors who have tried the formula, in projects where patriotism is defined by a variety of actions beyond fighting for one's nation in uniform. Films like "Airlift", "Gold", "Pad Man", "Mission Mangal", and "Baby" come to mind.

Then there is Rajkummar Rao fighting to instil democracy in "Newton", Alia Bhatt using marriage as a tool to carry out cross-border espionage at the height of Indo-Pak war in "Raazi", John Abraham's "Parmanu" tracing the momentous slice of history when India became a nuclear nation. The idea to explore patriotism in varied hues also reflects in the tone of recent successful historicals like Ajay Devgn's "Tanhaji: The Unsung Warrior" and Kangana Ranaut's "Manikarnika: The Queen Of Jhansi".

This week's "Gunjan Saxena: The Kargil Girl" uses women's empowerment as the idea to forward a spirit of celebrating India, the same way "Mary Kom" did a few years ago. Both women raised the glory of the Tricolour by making India proud with first-in-their-field achievements. "Mission Mangal", which highlighted how a group of women -- represented by Vidya Balan, Sonakshi Sinha, Taapsee Pannu, Kirti Kulhari and Nithya Menen on screen -- helmed ISRO's Mars Orbiter Mission, would also belong to this league of films.

"Mission Mangal" actress Kirti Kulhari is glad that showbiz is not just celebrating India through tales of war.

"The whole perspective and attitude towards what patriotism is all about, is changing from fighting a war and fighting for your country, which is obviously still there, to the ways you can actually prove love for your country in so many different ways. I'm really glad that we are able to celebrate not just our victories in wars over other countries and other people, but victories, which do not have to be about defeating someone else. You don't have to be good because someone else is bad, you can be just good because you are good," she added.

The actress feels it "shows a very positive side of humanity, the human spirit, and what we are capable of as human beings".

There have been other films over the years that have celebrated patriotism this way like "Dangal", "Satyamev Jayate", "Chak De! India", "Bhaag Milkha Bhaag", "Sui Dhaaga" and "Mulk", among others. Few films have celebrated patriotism at a more layered level, like "Rang De Basanti", which tries understanding modern India and the modern youth using the nation's history.

"There are so many stories that need to be shared, and the beauty is that the audiences are receiving these quite well," Johar said.

About exploring patriotism through stories beyond military valour and through common people's achievements, trade analyst Rajesh Thadani added: "It's a good strategy as long as the story has got some power and people identify with it."

The traditional brand of patriotism, propped by war and stories of India's battle for independence also continue to be explored, of course. Vicky Kaushal, who scored his career's biggest hit with the drama of new-age war dynamics in "Uri: The Surgical Strike", is gearing up for "Sardar Udham Singh", where he plays the martyr Udham Singh, who assassinated Michael O'Dwyer, lieutenant governor of Punjab in pre-Independence India, to avenge the Jallianwala Bagh massacre of 1919. Ishaan Khatter getting ready to play Brigadier Balram Singh Mehta in war film "Pippa", which is about celebrated Army tank. Sidharth Malhotra plays Param Vir Chakra recipient and Kargil hero Captain Vikram Batra in "Shershah".

"I think defining patriotism is important, and there is a fine line between patriotism and jingoism. Patriotism comes from love for your motherland, for the place that you come from, and it holds a sense of belonging. It does not come by hating a community or people or land. It has to be about love and not about hate," said director Raja Krishna Menon, who has called the shots on "Airlift" and is now helming "Pippa".

Among the biggest and most anticipated films coming up that is bound to stir the nationalistic emotion in every Indian is Kabir Khan's "83", starring Ranveer Singh. The film traces how an underdog Indian team went on to win the country's first cricket World Cup in 1983. In a nation that worships cricket, the famous victory still fills ever Indian chest with pride.           - Sugandha Rawal 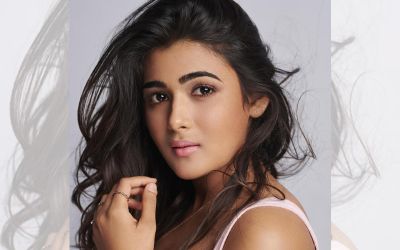 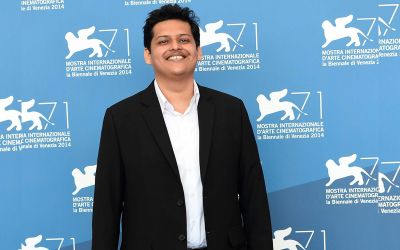