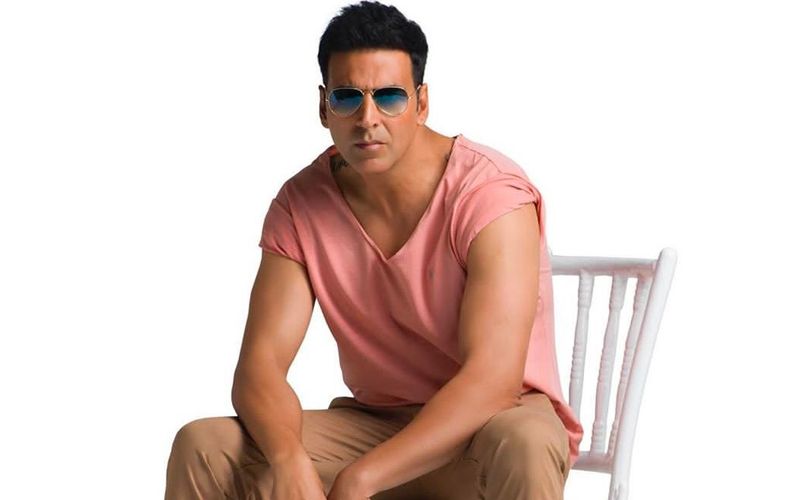 Soon, Akshay Kumar will be seen essaying role of a transgender in "Laxmmi Bomb". Sonam Kapoor has explored the complexities of being a lesbian in Indian society in last year's "Ek Ladki Ko Dekha Toh Aisa Laga", while Manoj Bajpayee (in "Aligarh") and Pakistani actor Fawad Khan ("Kapoor and Sons") have played gay characters in Hindi films. Bollywood projects have given the occasional voice to the LGBTQIA+ community, but is there enough representation?

"If you really think of mainstream cinema, things have not really changed. I do not identify with the characters that are there in the recent films depicting LGBTQI issues. I contradict the characters. There should be a normal way of looking at people in the community," filmmaker Onir told IANS.

"People put in so much effort to say the right thing, to pass that thinking level like 'Oh my god! This has to be done'. And that is why I keep saying that just like it is important that women start telling their story, it is important that the community starts telling their story," Onir added, and raised a question: "Why aren't platforms making LGBTQI stories with LGBTQI filmmakers who are out and proud. How can someone else be telling my story what I had to say?"

"The representation of the LGBTQIA+ community has changed in the industry to quite an extent, as compared to 10 to15 years ago. But that's not enough. It's still not as authentic as it needs to be," Zeeshan said.

"Right now we have scratched the surface of the LGBTQIA+ with masculine looking gay men or hyper feminine lesbians, in romantic comedies. I'm totally here for a queer rom-rom but I'm not okay with the typical representation. Very rare mainstream films like 'Aligarh' actually delve deep into the stigmas faced by the community and I applaud the sincerity of their storytelling. We need scripts with more authentic queer character portrayal. I also feel Bollywood as a whole needs to apologise to Bobby Darling specifically, transwomen, the 'Hijra' community and effeminate men, as their 'comical relief' which did get us laughs, had a strong negative effect on the queer community which we still battle till today," added Zeeshan, who was part of Vh1 India's recent virtual pride parade.

Harish Iyer, who engages in advocacy for a number of causes, including promoting the rights of LGBT community, feels there are "very few movies related to the LGBTQI community".

"We are almost seven to 10 per cent of the population, which is not heterosexual and cisgender. And we don't have seven or 10 per cent -- or even two or three per cent -- of movies that are focused on LGBTQI issues. And, when I say focused on LGBTQI issues, I don't mean from scene 1 to scene 365 there should be only LGBTQII things, but we are not the main characters or not even part of the subplot. We are nowhere in the scene. So, we are actually celebrating very little that we get, but the truth is we need to have more representation," Iyer said.

Maya the Drag Queen mentioned: "I still feel the LGBTQIA+ community is still used as a trend and not as a way to give voice to the community."

In Bollywood, there was a time when gay characters were mocked at, stereotyped or used as comic relief with big entertainers like "Dostana", "Bol Bachchan", "Veere Di Wedding" and "Partner" leading the list of examples. But things have changed since then.

If there is a story of a professor who was fired for having an affair with a man in Manoj Bajpayee's "Aligarh", there is Pakistani actor Fawad Khan's portrayal of a man opening about his sexual orientation to his family and finding acceptance in "Kapoor and Sons (Since 1921)".

The Sonam Kapoor-starrer lesbian drama "Ek Ladki Ko Dekha Toh Aisa Laga" was touted as pathbreaking. Not to forget films like "Fire", "My Brother.Nikhil", "Margarita With A Straw", "Honeymoon Travels Pvt. Ltd." or sub-plots in "Fashion", "Heroine" and "Dishoom".

"We are constantly talking about the industry, how it is willing to put out a woman's perspective. I think platforms, the production and authors who are looking at the essence of legitimising the LGBTQI community through cinema, are walking on an old road of doing something related to the us. One of the movies, 'Boy Erased' shook me up and I could relate it to an incident that happened recently, where a girl committed suicide because there was immense pressure from her family that there is something wrong with her. It is high time that people need to understand that," he added.

Onir was referring to the 2018 film "Boy Erased", aired in India on Sony PIX HD. It follows the life of the son of Baptist parents who is forced to take part in a gay conversion therapy program.

Anwesh Sahoo, who was crowned Mr. Gay World India 2016, feels "we have moved into an era where we need more and more representation".

"So there has to be more people from the queer community which have to be shown. I think Faraz Arif Ansari is doing 'Sheer Khurma' right now, where he is talking about non-binary individuals, and I think that will be an incredible film. Even in the recent films that have come out, I would really like to see roles where people like us are doing dignified jobs and is a strong will person. In terms of that we have a long way to go," Sahoo said.

To this, Ma Faiza added: "I'd like to see more storylines with queer characters, where their sexuality becomes irrelevant and they have meatier roles with depth other than their sexual preference and their sexual path. It would be good to see characters who were open and queer and accepting of themselves but also much more than their sexual identity." Drag queen Prateek Sachdeva, aka Betta Naan Stop, is also pitching for more "trans inclusion".

"So far the trans representation is stuck to sex workers or beggars at the signal. It's totally not done where there are so many beautiful stories and faces to be showcased in all aspects of life. There should be diversification," added Sachdeva, who was part of Vh1 India's recent virtual pride parade.

Onir explained: "I don't want anyone else to be talking about me. I want out and proud people, not the ones who are scared of being who they are. I've had directors telling me, 'Oh Onir! We are doing your kind of story'. Don't do it. If you think it is my kind of film and you cannot resonate then don't do it," he added.                - Sugandha Rawal for IANS