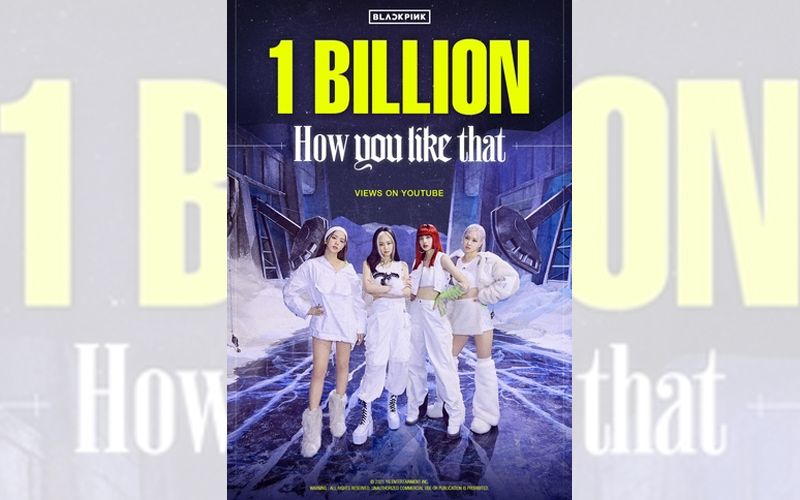 K-pop girl group BLACKPINK saw the music video for its 2020 hit 'How You Like That' break one billion views on YouTube in its latest feat on the video platform.

'How You Like That' beat 'Ddu-du Ddu-du' to become the fastest music video by any K-pop girl group to reach the milestone. It took 514 days for the 2018 song to achieve the feat.

The quartet boasts one of the world's biggest fan bases on YouTube with more than 69.4 million subscribers, the most among musicians. It has a total of 32 videos with over 100 million views, including five music videos viewed one billion-plus times.          - IANS