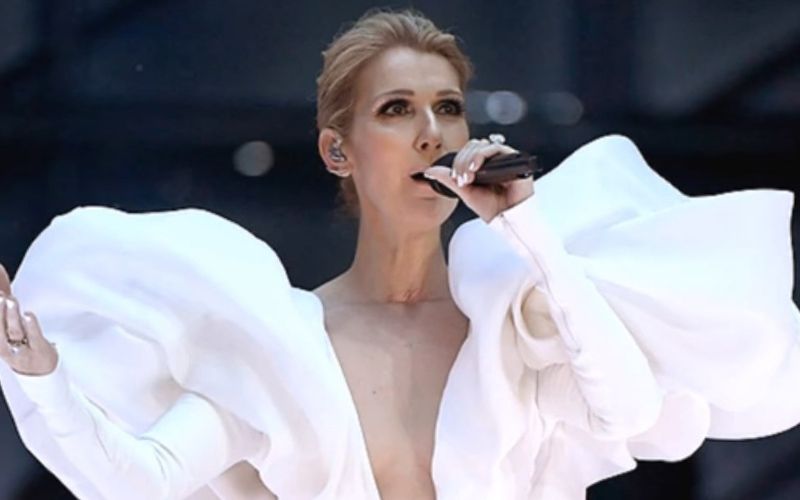 Canadian singer Céline Dion has emerged as a pop artist by achieving worldwide fame with hit tracks like ‘Because You Loved Me’, ‘I'm Your Angel’, and ‘Nothing Broken but My Heart’. In honour of the classic movie “Titanic”’s 20th anniversary, the sensational singer sang ‘My Heart Will Go On’ at the Billboard Music Awards 2017 held at T-mobile Arena in Las Vegas.

Céline Dion with her powerful voice sang the song while the iconic kiss between Leonardo DiCaprio and Kate Winslet played on the screen behind her and as the scintillating performance was reaching towards the end, Céline received a standing ovation from the crowd.

Céline was seen wearing a beautiful form fitting Stephane Rolland white gown, with a huge puffy collar that extends beyond her shoulders, the v-neck outfit was intricately designed with shiny silver jewels.