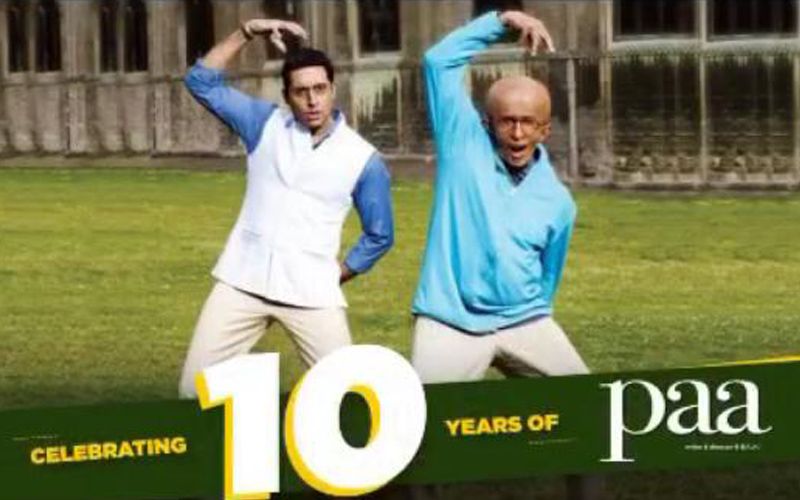 Directed by R. Balki, "Paa" narrated the story of a 12-year-old boy named Auro (played by Amitabh), who suffers from a rare genetic disorder called progeria. In the movie, Abhishek played the role of Big B's father while Vidya Balan was seen as his mother.

As the film turned 10, Big B and son looked back at the film's memories. "PAA!! 10 years already. This first film I produced. It would not have been possible without the conviction of this mad visionary called R. Balki! Not many know, I didn't want to act in the film (wasn’t convinced about my role) Balki and I were shooting an ad together and he spent the day convincing me, wrote Abhishek on his social media handle with a video of memories during shooting for the film.

Abhishek also thanked his father "for having faith in his son to firstly play his father and then allow him to produce an Amitabh Bachchan film.”Paa" won two National Awards -- the Best Actor honor for Amitabh Bachchan, and also the Best Hindi Film trophy.