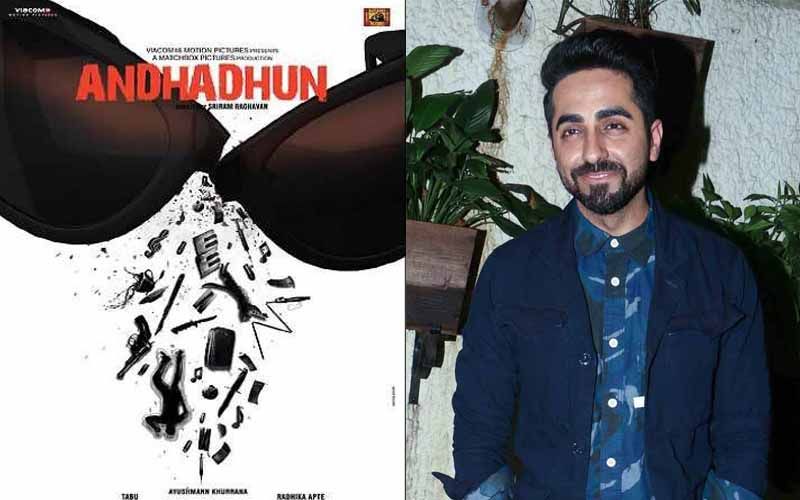 Ayushmann Khurrana will be seen in romantic thriller film "Andhadhun", directed by Sriram Raghavan and produced by Viacom 18 Motion Pictures and Matchbox Pictures.

Apart from Ayushmann Khurrana, Radhika Apte and Tabu will be seen in the lead role. In the film Ayushmann will be seen as a blind man, who plays a piano. The story unfolds itself when some mysterious events happen in Ayushmann’s life. The actor took to his Twitter page and shared the first motion poster of "Andhadhun". The motion poster has Ayushmann's voice in the background. He captioned the picture saying, "Presenting the motion poster of #AndhaDhun! @AndhadhunFilm, produced by @Viacom18Movies & @MatchboxPix, is releasing in cinemas near you on 5th October. @radhika_apte #Tabu #SriramRaghavan @ZeeMusicCompany #ManavVij".