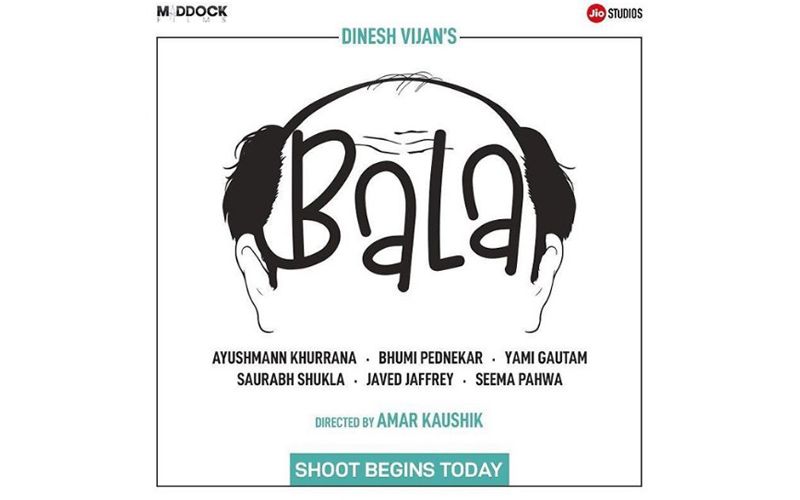 After delivering quite an impressive performance in "Vicky Donor", both Ayushmann Khurrana and Yami Gautam have teamed up for a film titled "Bala".

In this film, Bhumi Pednekar will also be seen playing a vital role. This project is helmed by none other than the director of the super hit film "Stree", Amar Kaushik and produced by Dinesh Vijan. Coming to the plot of the movie, it revolves around a man who deals with premature balding. Yami portrays the role of a supermodel from Lucknow. While, Bhumi will be playing the role of a well educated woman from a small town.

Ayushmann took to his instagram and shared the poster of the film, he captioned it, “Excitement is in the hair.. err air! The shooting for #Bala begins today! ‬#DineshVijan @amarkaushik @bhumipednekar @yamigautam @saurabhshuklafilms #JavedJaffery #SeemaPahwa @MaddockFilms @officialjiocinema”. The shooting for the film has began today.
"Bala" is slated to release in September.

On the work front, Ayushmann will be seen in "Dream Girl", "Chhoti Si Baat Remake", "Google", and "Shoot the Piano Player".