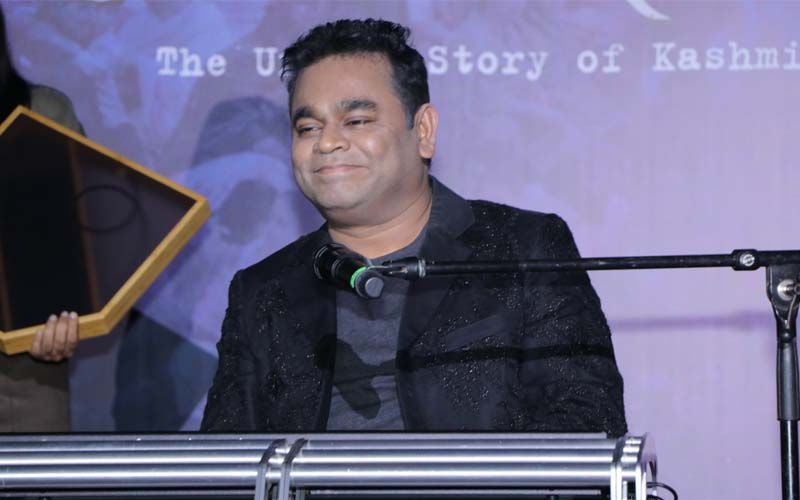 India's popular music maestro AR Rahman is ready with a new song, "You got me". The Oscar-winning singer-composer, who has redefined Indian film music over more than two decades now, says he doesn't want to compete with younger artists, some of who are creating intense and amazing music.

"When I was hearing all these artists, they were much more intense and they were doing some amazing songs, so I don't want to compete with them," laughed Rahman. About his new song, he added: "I wanted to take a generic route by creating a feel good dance song, and this hook -- 'You got me' -- came in. Nirmika (Singh) penned this song beautifully, and that's how we got it. I want to create very simple and enjoyable songs."

"You got me" has been composed and arranged by Rahman and sung by Rahman along with Nisa Shetty, Simetri, Protyay (Heat Sink), Jonathan and Pelenuo, and Hriday Gattani. The colourful music video is directed by Uma-Gaiti. It is the new song launched by Nexa Music. The label has launched Nexa Experiences, a nationwide hunt for emerging artistes in a bid to promote indigenous talent.

Rahman gave the example of the supersuccessful Korean boy band BTS to boost his point. "If you look at Korea, BTS has performed at the Grammy (Awards). So, we (Indian artists) are not far behind. It's not just about a song. I feel it is about marketing the best music and best talent. I feel it's a collective effort, so if we get that we can go beyond the Grammys. Actually, the Grammy Awards are just the roof, we have to aim for the sky," he said.

Maruti Suzuki's Nexa Experiences has been created in collaboration with the digital media company Qyuki. Rolling Stone India has joined hands to help curate the year-long series. The jury comprising Rahman and Bollywood composer Clinton Cerejo shortlisted 24 contestants for a mentorship program at the Nexa Music Lab. Out of these contestants, four were shortlisted and guided by the celebrity mentors to create four more additional tracks and music videos.      - IANS