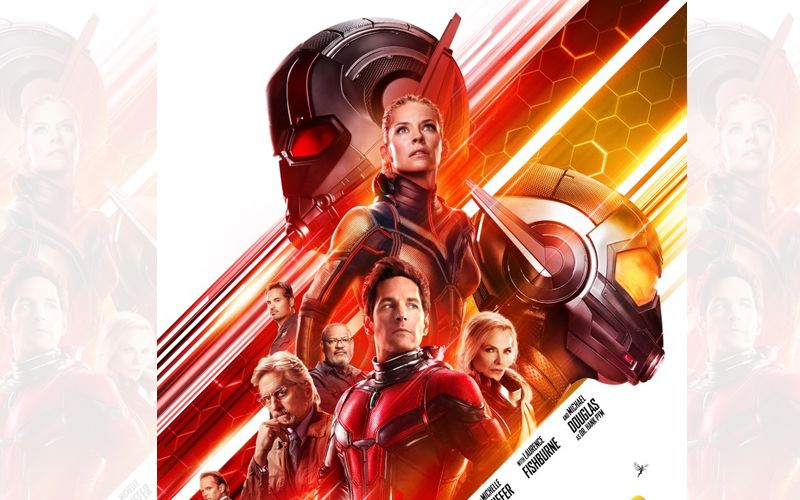 At some point in this atrociously-penned pain in the posterior posturing as a super-hero flick, the soul of the heroine's missing mother-who has disappeared into a quantum realm-enters the hero Paul Rudd's body. And he begings to talk and behave as the Missing Mother.

Now, if you consider it's Michelle Pfeiffer that Paul Rudd is standing in for, you would realize how dumb and short-sighted the script really is this time.An actor of the caliber of Laurence Fishburne is reduced to a confounded speck in a frazzled universe. The villains, so vital to the efficacy of the super-hero sagas is here reduced to a low-life petty criminal named Sunny Birch and an ailing disoriented female antagonist named Ghost(called ‘Bhootni' in the dubbed Hindi version) who starts on a shaky ground and quickly goes downhill .

This would have been a great time to LOL in , say, a spoofy version of the super-hero narrative like Deadpool. But this time, the makers mean business, and they mean really serious business. We are supposed to take all these images of shrinking cars and quantum conundrums dead seriously.Ha ha ha.

But look who is having the last laugh. Not us,for sure. This humourless amateurish attempt to seduce the Marvel maniacs into lobotomized submission is so devoid of a life force it feels like a force-fed dose of something we've already overdosed on many times before.Really, the Marvel universe needs to re-invent itself. Ant-Man... is the weakest super-hero film from Marvel.

The actors also seem unconvinced by the material provided to them. They either ham or look like they would rather be anywhere than in this film. Paul Rudd playing Ant-man ‘cheetee's his way through a script that allows him to take potshots at Captain America and the kingdom of Marvel comics too.These spots of artificial sunshine cannot decimate the gloom that falls willy-nilly over the hinterland of this disoriented dud.

And Evangine Lilly's Wasp is devoid of bite of sting.Who can blame the lackluster performers when the narrative moves like a pantheon in remission?

The plot is skimpy and silly, if not outright idiotic. The writers don't even try to add substance to the lightweight happenings. Very often the episodes jump from one (absurd) level to another without even trying to join the dots. Trapped in the morass of inescapable silliness is the still-beauteous Michelle Pfeiffer who is the Missing Mother we started the review with.

I wished there was more Pfeiffer and less of the vapid actors who try to look all fired up even as the engines of the narrative stutter and stammer in urgent pursuit of a well-oiled machinery. The narrative has a device whereby characters can shrink and the disappear from view. How I wish some such device could be used to make this incredibly stupid film disappear.

Don't waste your time watching this. Go see Soorma instead. Respect our own genuine heroes and not some frightful flight of fancy created in Uncle Sam's kitchen. - By Subhash K Jha for IANS