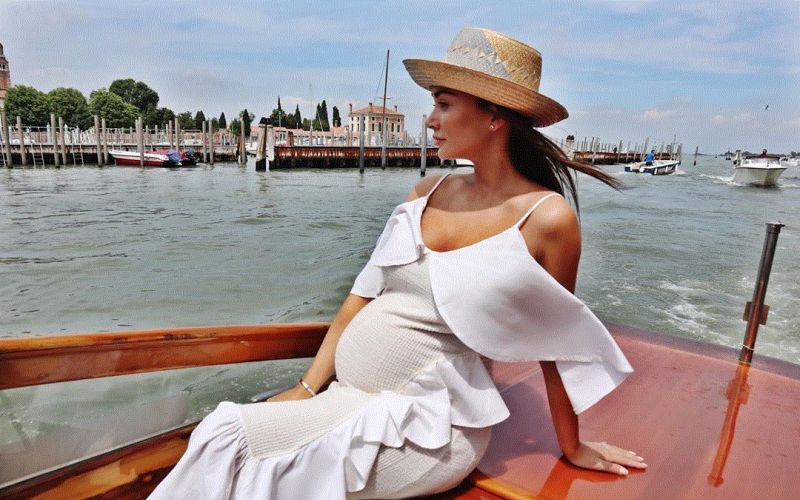 Actress Amy Jackson has shared a photograph flaunting her baby bump, and fans are overjoyed.

Dressed in white, the actress is seen enjoying a boat ride here. She posted the photograph on Instagram.

"This little one has been to more places in the last nine months than I'd been in my first nine years... Baby world traveller," Amy captioned the image.

Amy is expecting her first child with fiance and businessman George Panayiotou.

She made her acting debut with the 2010 Tamil movie "Madrasapattinam" and has featured in several Telugu, Hindi and Kannada films apart from Tamil films.

Her last big release was the Rajinikanth-starrer "2.0" in 2018, which released in Tamil, Hindi and Telugu versions. Her other notable Bollywood films include "Ekk Deewana Tha", "Singh Is Bliing" and "Freaky Ali".   - IANS