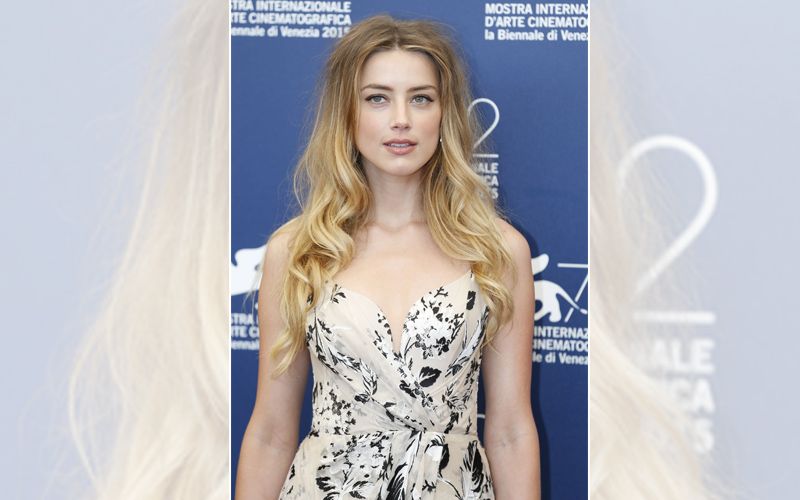 Amber Heard feels there is a tendency to pit women against one another in Hollywood and they are made to be part of an imagined competition. But that's far from the truth.

The actress says women are instead refusing to be pitted against one another, and are finding solidarity in standing together as a unified force.

"In my life, the strongest people I know and the ones that I have learnt the most from have been women," Heard told IANS in an exclusive sit-down interview here.

"And to see such a dearth of representation of that strength in films, in TV and in the entertainment industry across the board is really frustrating. I don't think it is... an accurate reflection of real life," added the actress, who has dived into the superhero world as the strong and determined Atlantis princess Mera with "Aquaman".

Taking note of the ongoing conversations around gender equality and women's empowerment, Heard continued: "And now more than ever, it is the time when women are standing with one another. Women are finding solidarity and are refusing to be pitted against one another.

"In Hollywood and many other places, women are often put up against one another in this sort of competition which they didn't sign up for. We see it in magazines an architectural presentation of women -- whether it is blonde or brunette or thin versus curvy.

"There is always this rivalry which doesn't feel accurate at all in real life. Now more than ever we are standing with each other."

As an actress, Heard is known for projects like "Friday Night Lights", "All the Boys Love Mandy Lane", "Drive Angry", "The Rum Diary", "Zombieland" and "The Danish Girl". She is garnering plaudits for her strong avatar as Mera in the Warner Bros project, which released in India on December 14.

But she is more than just about glamour and glitz.

She is using her stardom to change things and is putting her force behind issues that matter -- be it joining the powerful #MeToo movement, Time's Up movement or advocating for women's and LGBTQ community rights.

The actress is elated that she is able to translate her vision of women standing together in her work through "Aquaman".

"I love that we present a unified force. We are not in competition with one another. I think that is a more accurate reflection of real life," she said in reference to a scene from the movie where her character is seen standing with Queen of Atlantis Atlanna, essayed by Oscar-winning actress Nicole Kidman, and they support each other.

Bringing the story of a character from the DC Extended Universe, "Aquaman" traces the origin story of how half-human, half-Atlantean Arthur Curry (Jason Momoa) embraces his identity as the superhero. Along with a heart-warming tale of family and love, the film also puts focus on a relevant message about marine pollution.

Mera, as Heard puts, is no damsel in distress. She was happy to get the role of a princess who is not waiting for a prince to come and rescue her.

"It is very important for me, both as an actor and a human being, to be a part of the change and to not play in this formulaic approach that we normally have while approaching female characters.

"As a person, I was so excited to see a superhero who is fierce, powerful, intelligent, driven, does what is right despite what it costs her, has strength and dignity -- and just so happens to be a woman. That is awesome."