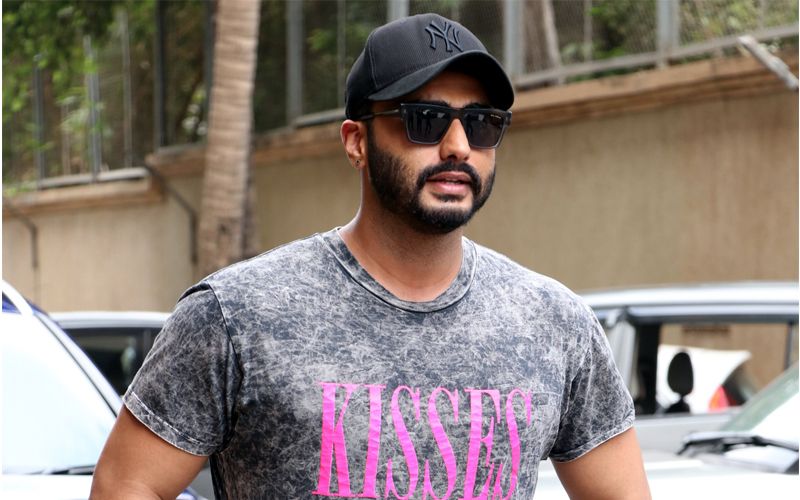 Actor Arjun Kapoor, who will turn a year older on June 26, says he came well-prepared into the industry and always knew the pros and cons of fame.

Arjun, son of producer Boney Kapoor, has grown up seeing his family members face the glitzy as well as the gloomy sides of the showbiz world.

He rose to fame with his debut film "Ishaqzaade", which released in 2012, and has maintained a variety with movies like "2 States", "Finding Fanny", "Ki & Ka", "Half Girlfriend" and "India's Most Wanted". His next is historical drama, "Panipat".

On facing the pros and cons of being in the film industry, Arjun, 33, told IANS: "Because I am from the profession as I grew up here, I always knew the pros and cons. I had seen it in my family beforehand. It's a beautiful profession.

"I have never ever told anybody not to come and attempt it because the payoff is tremendous, and now more-so than ever when more than just your face, it's about your talent."

This, he says, has also given rise to a "big equality that is setting in".

"It is becoming more and more available to people to come and pursue their dreams as long as they have talent and potential. So, it has definitely got a lot of pros but cons are they are for all to see," added the actor, who is reportedly dating Malaika Arora.

Arjun started working in the film industry as an assistant director on Nikkhil Advani's "Kal Ho Naa Ho" in 2003. He also assisted Advani on his next directorial "Salaam-e-Ishq: A Tribute to Love" and worked as an associate producer on two of his father's productions -- "No Entry" and "Wanted".

As far as the cons of being in the cinema world is concerned, the actor, who is working towards a brawny built for his next "Panipat", says he is not the only one dealing with it.

"Everyone who is an actor deals with the cons. Everyone gets the pros as well. So, I don't like to create this martyr image that 'poor me'. I am not the first and I would definitely wouldn't be the last," he added.

Working with them has given him enriching and unique experiences.

"I have done ‘Finding Fanny', ‘Aurangzeb'. 'Ki & Ka'... As a director, R. Balki sir is not the quintessential commercial filmmaker. For 'Ki & Ka', he chose a tone that is fun and frothy but that subject was again very offbeat -- to play a boy who runs a home while his wife works.

"For me, these are themes that are relevant to society today, important for today's India but at the same time they appealed to me and I thought they would make entertaining stories."   - BY DURGA CHAKRAVARTY fo IANS