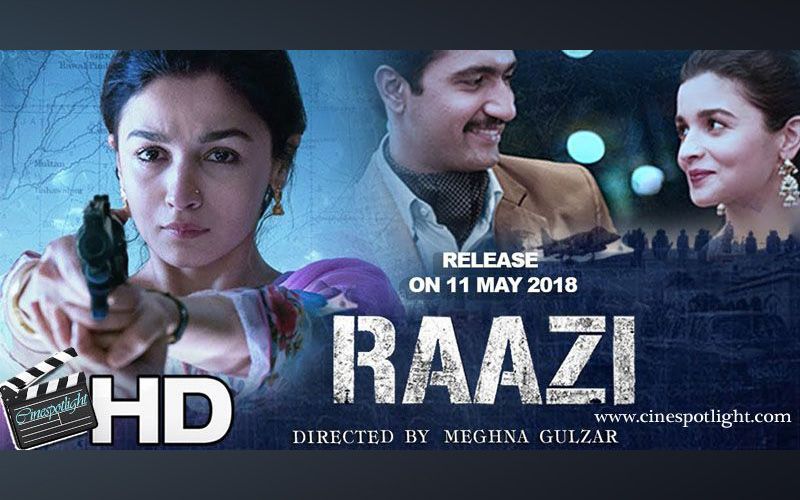 Alia Bhatt has given some phenomenal performances in all her films, now she will be seen in an Indian periodic thriller film “Raazi” , directed by Meghna Gulzar and produced by Vineet Jain, Karan Johar, Hiroo Yash Johar and Apoorva Mehta.

The film is an adaptation of a novel ‘Calling Sehmat’ written by Harinder Sikka. The story  revolves around an Indian spy Sehmat played by Alia Bhatt married to a Pakistani man Iqbal portrayed by Vicky Kaushal,  during the Indo-Pakistani War of 1971. The film also features Rajit Kapoor, Shishir Sharma, Jaideep Ahlawat, Ashwath Bhatt, Amruta Khanvilkar and Soni Razdan in pivotal roles. The makers of the film released the trailer.