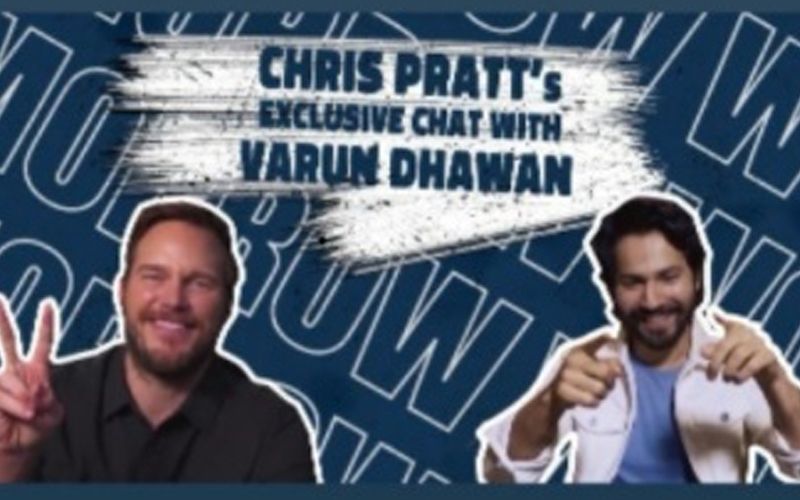 Hollywood actor Chris Pratt took his Indian fans by surprise when he broke into a dance on "Tan tana tan" from Judwaa 2 with Bollywood actor Varun Dhawan during a video chat. Varun shared the eight-minute reel on July 1 giving a dose of entertainment to followers on social media.

Pratt was chatting up Varun to promote his upcoming film The Tomorrow War, which released on Amazon Prime today, on July 2. The Hollywood actor also talked about his father-in-law Arnold Schwarzenegger and other things regarding his career and acting journey. 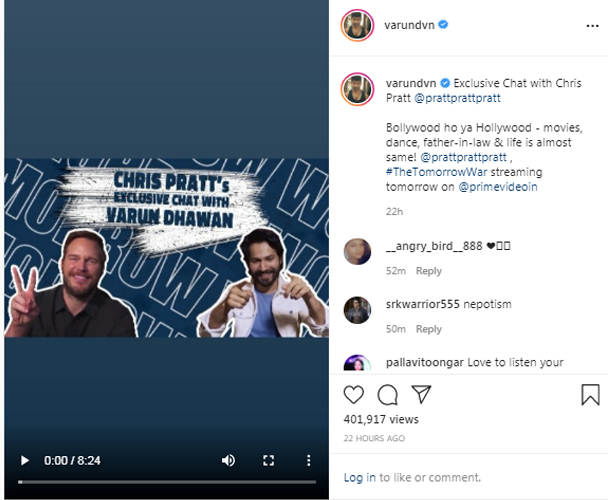 The Tomorrow War is a sci-fi action drama starring Chris Pratt, who has also executive-produced the film. The film imagines a scenario where people from the future arrive and request people of the present to help them save the world of tomorrow from destruction. The actor describes the film as a story about “second chances”.

To infuse the character with additional nuance and emotional depth, Pratt incorporated elements from his personal life. 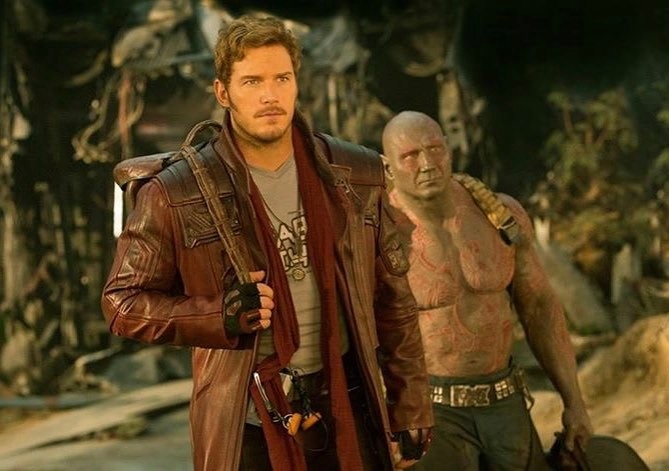 "As you see in the film, Dan has a really complicated relationship with his father, and I felt like that was something I could bring my own experiences to," he says, adding: "Although my situation and Dan's are quite different, there were definitely a few aspects of this character I mined from my own background."

In The Tomorrow War, the world is stunned when a group of time travellers arrive from the year 2051 to deliver an urgent message. The only hope for survival is for soldiers and civilians from the present to be transported to the future and join the fight. Among those recruited is high school teacher and family man Dan Forester. Determined to save the world for his young daughter, Dan teams up with a brilliant scientist and his estranged father. 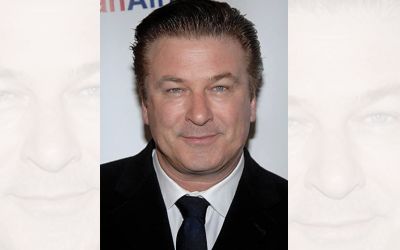 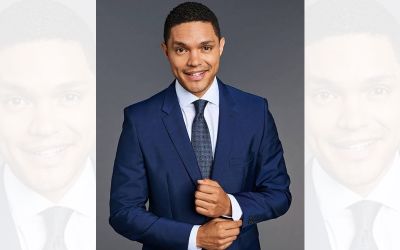