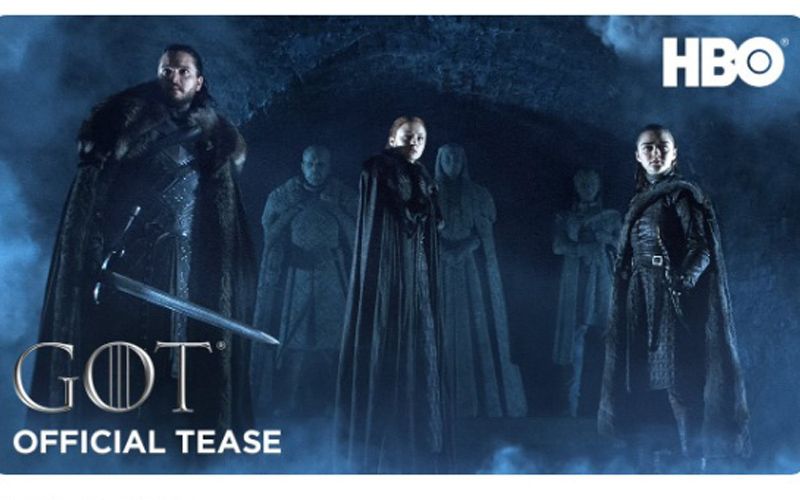 The final season of the much anticipated television series "Game of Thrones" is all set to premier on April 14th of this year.

The American fantasy drama series 'Game of Thrones' is based on the novel 'A Song of Fire and Ice' written by George R.R. Martin's. This book explores the world of Westeros and has multiple plotlines. This show has been created by David Benioff and D.B.Weiss. Apart from having an international fan base, ‘Game of Thrones' has won several awards. It was bestowed with three Hugo Awards for Best Dramatic Presentation, five nominations for the Golden Globe Award for Best Television Series and 47 Primetime Emmy Awards.

Shortly after the announcement of the show being aired this April was made, HBO unveiled a short teaser and shared it on the official twitter page and captioned it, "April 14. #ForTheThrone". In the teaser, we get to see a glimpse of how Jon Snow reunited with sisters Sansa Stark, and Arya; as the three of them walk towards the family home and hear strange messages from their parents.