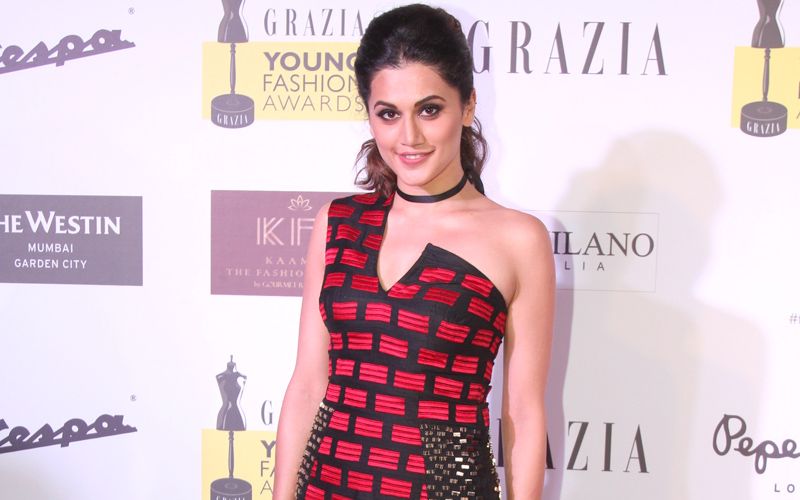 “Mulk” features veteran actor Rishi Kapoor, Prateik Babbar and Rajit Kapur in pivotal roles. The film is based on true events. The story unfolds itself when a family belonging to a small town in India fight for their honour after getting involved in a controversy. The shooting for the film has begun and it will be shot in Lucknow and Varanasi.

Taapsee Pannu shared a picture from the sets of the film on Twitter, with a caption “Inka naam hai Aarti... Poora naam..... Jald hi pata chalega ...Next one.... #Mulk”. 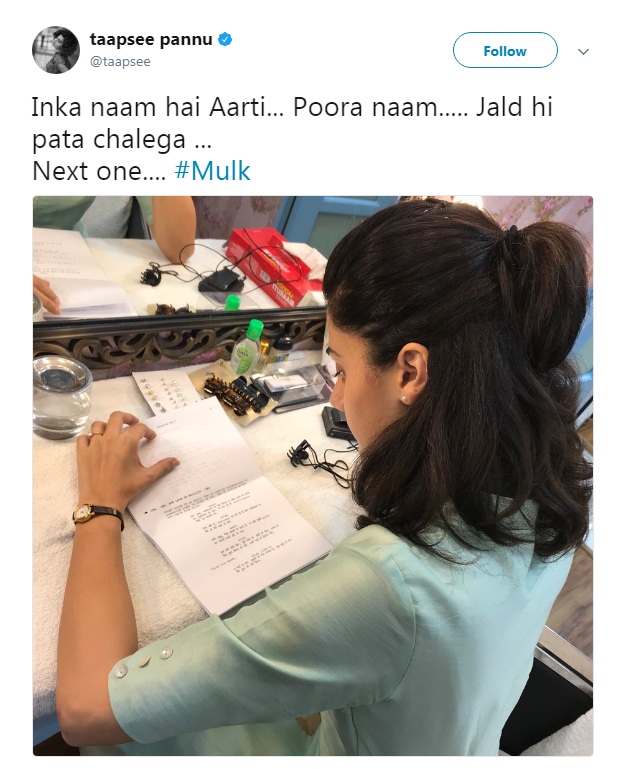 “Mulk” is slated to release early next year.