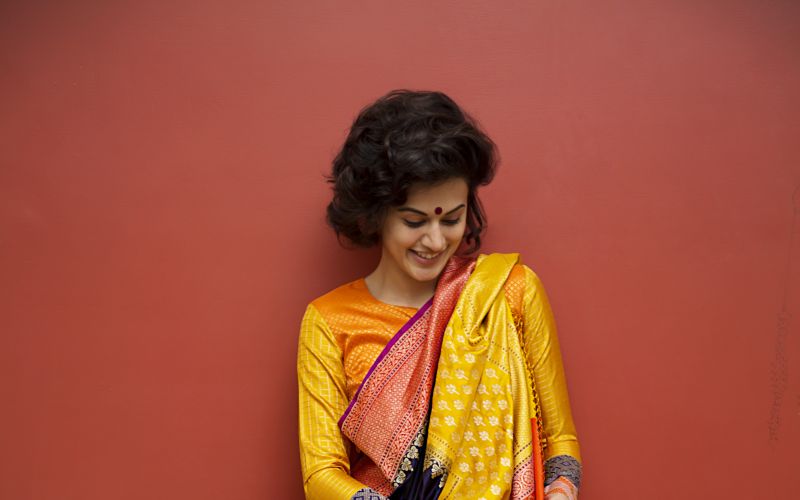 Actress Taapsee Pannu is on a roll with the success of “Manmarziyaan”. She says the year has been good for her and has given her more clarity about the career path to follow.

Taapsee tweeted, "I think I can say with a big smile on my face, it's been a good year and I am thankful to everyone who has been a part of it! It surely made my path clearer to me. “Neetishastra”, “Soorma”, “Mulk”, “Neevevaroo”, and “Manmarziyaan”."

Taapsee currently has two more films in her kitty – “Tadka” and “Badla”.

"Tadka is an upcoming film directed by actor Prakash Raj. The film is a remake of the 2011 Malayalam blockbuster “Salt N' Pepper”.

She will also be seen with megastar Amitabh Bachchan in Sujoy Ghosh's “Badla”, which is being shot in Glasgow.