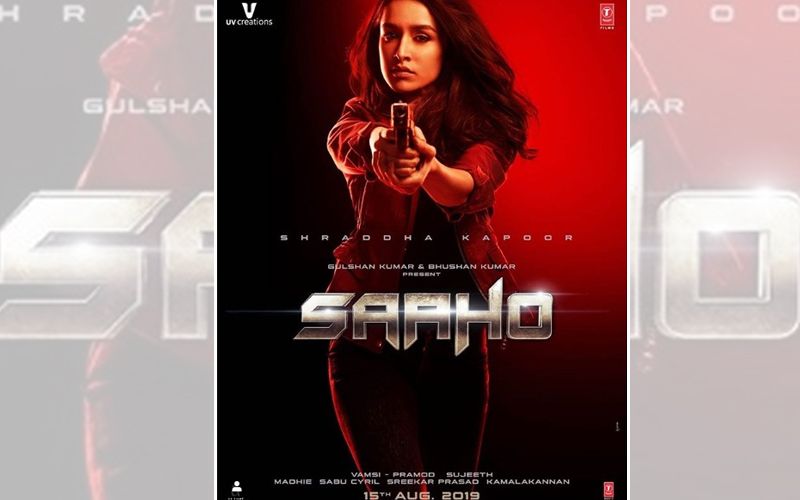 The first look poster of Shraddha Kapoor from one of the most anticipated multilingual film "Saaho" has been unveiled.

Ever since the news about this upcoming movie starring Prabhas and Shraddha Kapoor has been released, fans are early waiting to see it. This upcoming action film is helmed by Sujeeth and produced by T-Series and UV Creations. Apart from Prabhas and Shraddha, this film features Neil Nitin Mukesh and Jackie Shroff in pivotal roles. In the poster, Shraddha is seen holding a gun in her hand with a fierce look. Soon after the poster was unveiled, it went viral on social media. Shraddha took to her instagram account and shared her first poster look and captioned it, "The teaser is out on June 13th! #SAAHO #15thAugWithSaaho @actorprabhas @sujeethsign".

This film is made with a whooping budget of 300 crores and it is going to be an out and out action film. “Saaho” is slated to release on August 15th 2019.