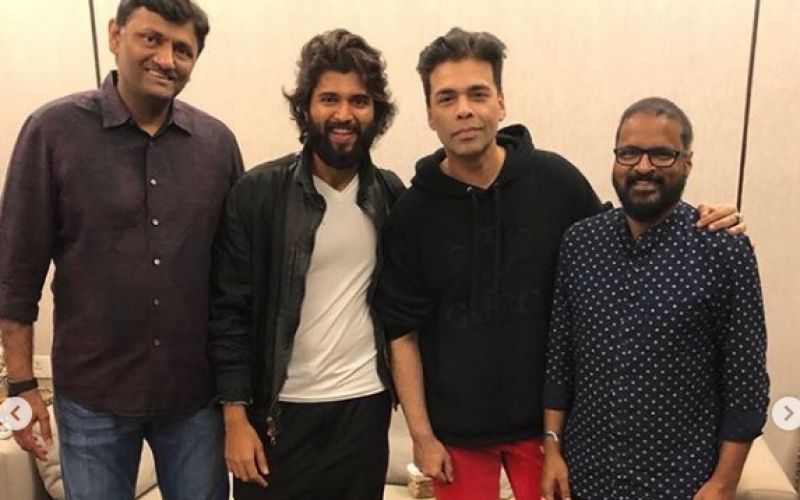 After Hindi remake of Vijay Deverakonda's "Arjun Reddy" collected a massive amount at the box office, Bollywood filmmakers have all eyes on Vijay’s latest film "Dear Comrade”. Latest news has it that Karan Johar has bought the Hindi rights.

Karan watched Vijay and Rashmika’s “Dear Comrade” and was very much impressed by the film and both the actor’s brilliant performances. After watching this movie, Karan tweeted, "Stunning and powerful love story! With top notch performances and exceptional music by @justin_tunes On point debut direction by @bharatkamma @TheDeverakonda is  BRILLIANT as is  @iamRashmika well done @MythriOfficial ! ANNOUNCING that @DharmaMovies to REMAKE this beautiful film". Some rumours suggest that Karan had already bought the Hindi remake right for a whopping amount of six crores.

Further details about the Hindi remake of “Dear Comrade” are yet to be out.