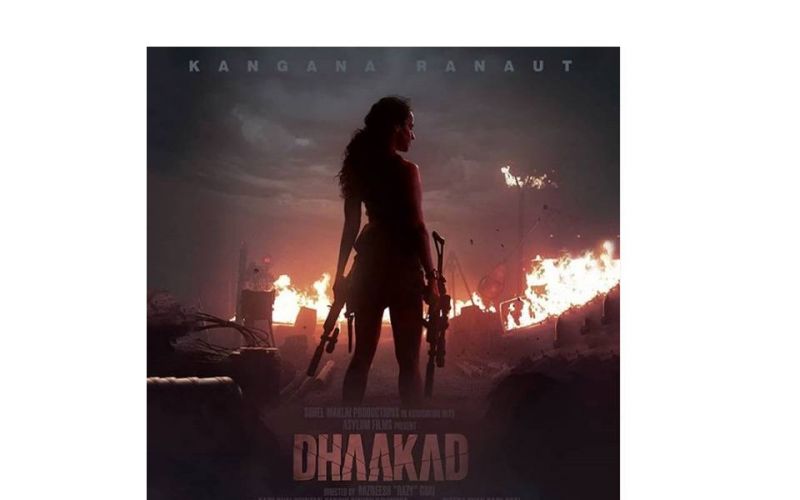 "Manikarnika: The Queen of Jhansi" star Kangana Ranaut is gearing up for yet another action oriented film "Dhaakad". The first look poster is out.

This project is bankrolled by Sohel Maklai Productions and Asylum Films and co-produced by Qyuki Digital Media. It is helmed by filmmaker Razneesh Ghai. This female-led action film is made with a big budget. Kangana says, this movie will be one of the turning points in her film career and in Indian cinema as a whole. In the poster, kangana is seen in a new avatar, as if she is ready to enter the battle field. She is seen holding two guns in both her hands and standing in the middle of a fire.

On the work front, Kangana will be seen in "Panga" and "Judgementall Hai Kya".