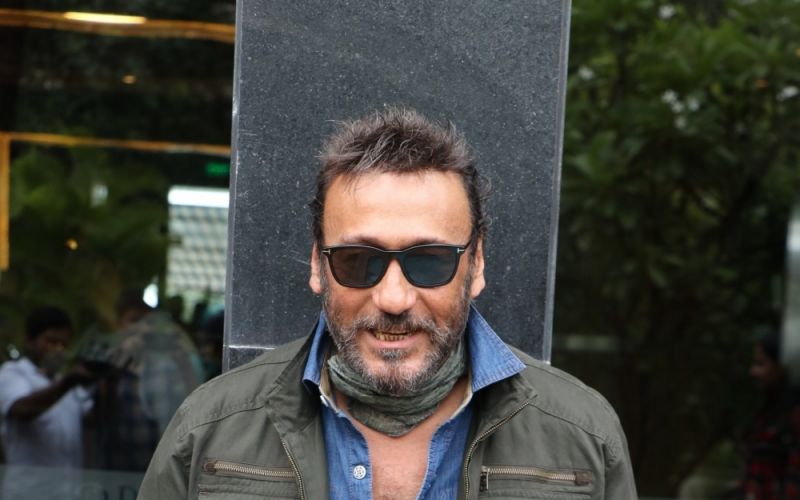 He has a career spanning over four decades in the Hindi film industry and, as of 2017, has appeared in over 200 films. Actor Jackie Shroff, who has over five movies waiting to release now, says he still works with his heart.

Has the criteria for doing a film changed over the years for him?

"Nothing has changed. I still work with my heart. Some people take me in the films thinking it will change their life or film. Sometimes I look at the banner, sometimes at the script and sometimes at the director. But emotions is something I am associated with," Jackie told IANS in an e-mail interaction from Mumbai.

Jackie, whose given name is Jai Krishan Kakubhai Shroff, has not only worked in Bollywood, but has also branched out to movies in different languages like Marathi, Kannada, Punjabi, Bengali, Malayalam, Tamil, Telugu, Bhojpuri and Gujarati in his career.

Does he ever plan to take a break?

"My work is my break. It takes me to different parts of the world and I get to meet different people," he said.

The 61-year-old actor says he aspires to remain healthy, and reciprocate the "love and affection to all the people who have made me who I am".

Jackie, who is fondly called Jaggu dada by his fans, has often been labelled as the "cool dude of Bollywood".

Asked how does he looks at the tag, Jackie, who is the father of actor Tiger Shroff, said: "I am what I was before joining films. Nothing has changed and I hope nothing will ever change. I'll always remain the way I am."

The "Devdas" actor says he wants to work with Tiger.

"I definitely want to work with Tiger someday. I would love for it to be a part of our film industry history," added the actor, who is the brand ambassador of Thalassemia India.

Asked if he feels celebrities help in spreading more awareness about issues, he said: "Yes, of course. But I can't spread awareness alone without the help of my respective fourth estate -- The Press."

He said his mother-in-law made him aware of thalassemia.

"Since it is preventable, I thought why not share this with other people to know about it instead of more thalassemia major kids who will then be going though blood transfusion all through their life," he said.

On the acting front, Jackie has several films in his kitty. These include "Bharat", "Saaho", "Firrkie", "Prasthanam" and "Romeo Akbar Walter".