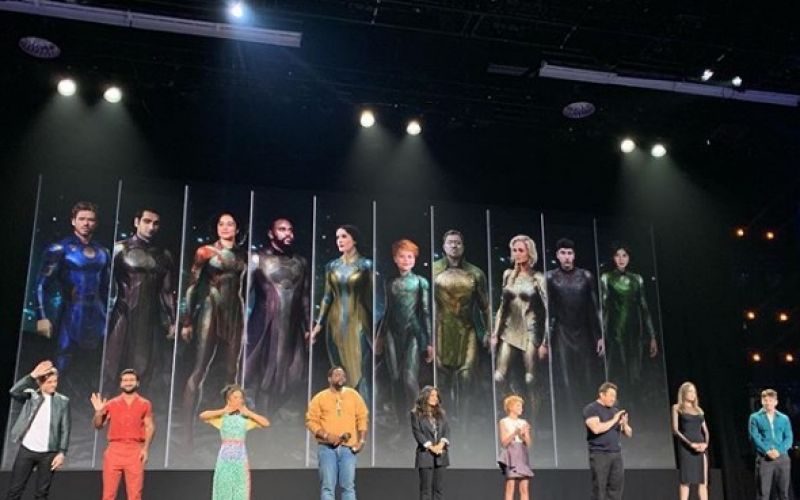 The makers of one of the most awaited film "The Eternals" starring Angelina Jolie, Richard Madden, Kumail Nanjiani and several renowned actors have unveiled the first look poster.

This upcoming superhero film is distributed by Walt Disney Studios Motion Pictures and produced by Marvel Studios. It is directed by a female filmmaker, Chloé Zhao. Actors who are part of this movie are Lauren Ridloff, Salma Hayek, Brian Tyree Henry, Kit Harington, Barry Keoghan, Don Lee and Gemma Chan. The plot of this film revolves the eternals, who are sent to earth to protect against humanity.