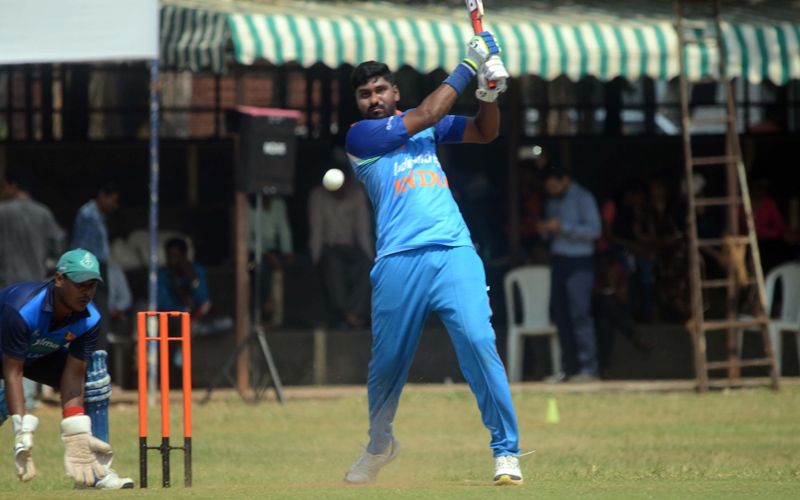 Australia were left struggling at 236/6 in their first innings, trailing India by 386 runs at stumps on the third day of the fourth cricket Test match.

At the close of the day's play, Peter Handscomb was batting on a patient 28 while Pat Cummins was on 25 at the other end.

The day belonged to the Indian bowlers as they completely dominated the Australian batsmen, putting the visitors in a very good position to push ahead for a win.

The Australians will thank the weather gods for some respite as poor light and rain forced the umpires to take the players off the field before calling it a day around an hour before the scheduled close of play.

After a somewhat quiet opening session, the Indians took the upper hand after lunch as the Australians lost wickets at regular intervals.

Kuldeep Yadav was the most successful bowler for India with figures of 3/71.

Resuming the day at the overnight score of 24/0, Australia lost their first wicket when Usman Khawaja was dismissed by Yadav.

Khawaja, who was batting slowly and steadily, scored 27 runs off 71 balls with three hits to the fence.

He gave good support to fellow opener Marcus Harris who was in good form at the other end.

The two of them put together an opening partnership of 72 runs to give the Australian innings a steady start.

The Australians were forced onto the back foot in the second session as the Indian bowlers started to dominate.

Harris was the first to depart after lunch when he was bowled by Jadeja. Harris scored 79 runs with eight boundaries studding his 120-ball stay in the middle.

Jadeja bagged his second wicket soon after when he sent Shaun Marsh back to the pavilion.

Marnus Labuschagne seemed to be in good touch before Ajinkya Rahane pulled off an excellent catch off Mohammed Shami's bowling.

Travis Head fell to a superb caught and bowled effort by Yadav shortly before tea as the hosts plunged into further trouble.

The Australians ran into even deeper trouble in the very first over after tea as Tim Paine was bowled by a flights delivery by Yadav.

But Cummins and Handscomb ensured that the Australians lost no more wickets before the close of play.