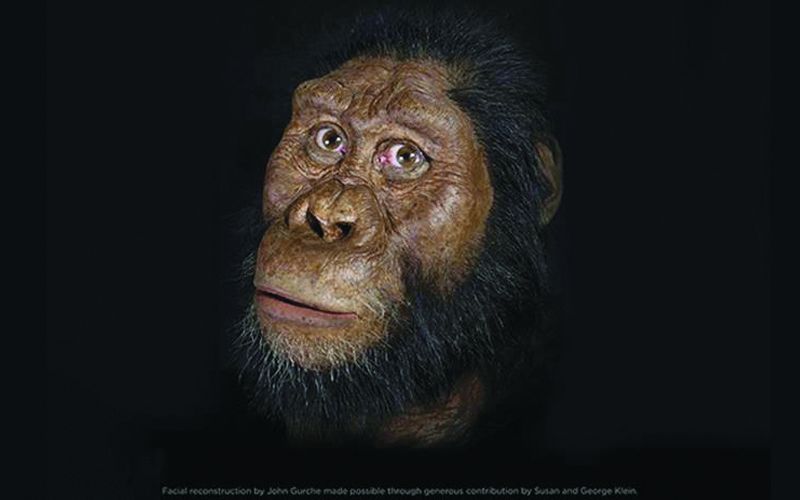 In a remarkable discovery, a "complete" skull belonging to an early human ancestor of Lucy's species that lived 3.8 million years ago has been discovered in Ethiopia.

The 3.8-million-year-old fossil cranium called "MRD" represents a time interval between 4.1 and 3.6 million years ago when early human ancestor fossils are extremely rare, especially outside the Woranso-Mille area.

MRD also shows that Lucy's species and its hypothesized ancestor, A. anamensis, coexisted for approximately 100,000 years, challenging previous assumptions of a linear transition between these two early human ancestors.

According to Dr Yohannes Haile-Selassie, Cleveland Museum of Natural History Curator and Case Western Reserve University Adjunct Professor, this is a game changer in our understanding of human evolution during the Pliocene (the Pliocene Epoch extends from 5.333 million to 2.58 million years BP).

The results were published online in two papers in the journal Nature.

The first piece of MRD, the upper jaw, was found by Ali Bereino (a local Afar worker) on February 10, 2016.

The specimen was exposed on the surface, and further investigation of the area resulted in the recovery of the rest of the cranium.

"I couldn't believe my eyes when I spotted the rest of the cranium. It was a eureka moment and a dream come true," said Haile-Selassie.

In the second paper, Beverly Saylor of Case Western Reserve University and her colleagues determined the age of the fossil as 3.8 million years by dating minerals in layers of volcanic rocks nearby.

"Incredible exposures and the volcanic layers that episodically blanketed the land surface and lake floor allowed us to map out this varied landscape and how it changed over time," said Saylor.

Australopithecus anamensis is the oldest known member of the genus Australopithecus. The species was previously only known through teeth and jaw fragments, all dated to between 4.2 and 3.9 million years ago.

The similarities between the preserved dentition of the 3.8-million-year-old MRD and the previously known teeth and jaw fragments of A. anamensis led to a positive identification of MRD as a member of A. anamensis.

Dr Stephanie Melillo of the Max Planck Institute for Evolutionary Anthropology in Germany said: "A. anamensis was already a species that we knew quite a bit about, but this is the first cranium of the species ever discovered. It is good to finally be able to put a face to the name."