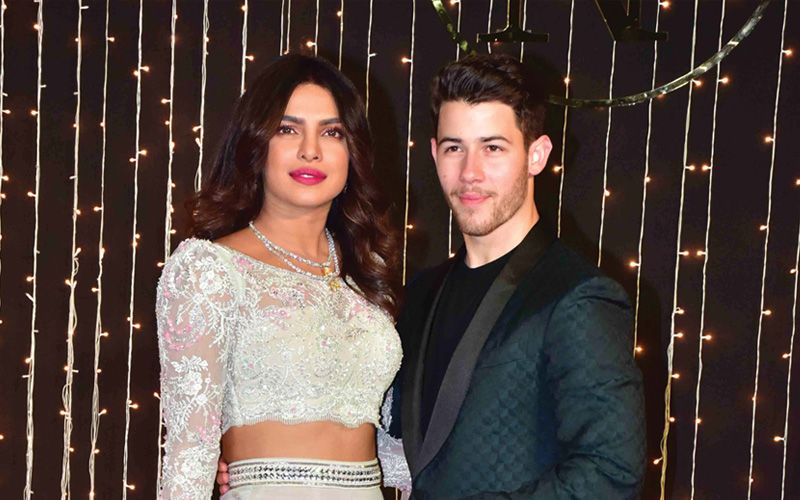 Marriages – whether arranged or love – are matches made in heaven, and we’re sure that all those who tied the knot in 2018 are exactly that! The year was filled with lots of celebrity weddings. Indian cricket team captain Virat Kohli and Anushka Sharma, who got married on December 11, 2017, gave us a teaser of what to expect from the year to come, and we must admit we were not disappointed! From Sonam Kapoor and Priyanka Chopra to Deepika Padukone and even Prince Harry and Meghan Markle, plenty of hot and happening singles decided to settle down this year. While some had star-studded guest lists and over-the-top nuptial ceremonies, others opted for more intimate and secretive affairs in exotic locations like Lake Como, Udaipur, Jodhpur and elsewhere. Irrespective of the size and style of the wedding, 2018 marked a milestone in all their lives! Let’s take a look at some of the most popular and celebrated weddings in the year gone by.      - Niharika

The sky was lit up at the Umaid Bhawan Palace in Jodhpur when celebrated Indian actress and global icon Priyanka Chopra tied the knot with American singer Nick Jonas in a
fairy-tale wedding. The couple, who began dating in 2017, went all out to make their wedding celebrations memorable not just for them but for all those who’ve attended. They had our attention when they first made an official appearance at the Met Gala 2017, and have had us gripped ever since. Priyanka’s fun-filled bachelorette party in Amsterdam set the tone for the festivities to come. 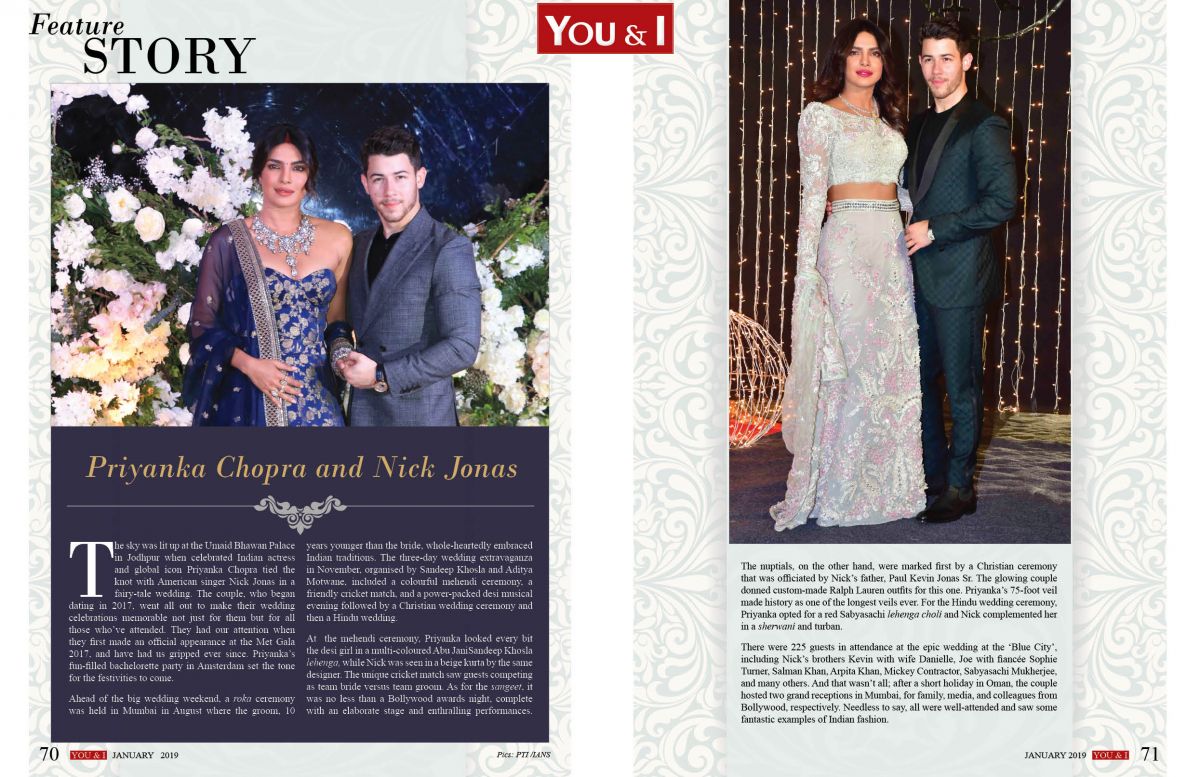 Ahead of the big wedding weekend, a roka ceremony was held in Mumbai in August where the groom, 10 years younger than the bride, whole-heartedly embraced Indian traditions. The three-day wedding extravaganza in November, organised by Sandeep Khosla and Aditya Motwane, included a colourful mehendi ceremony, a friendly cricket match, and a power-packed desi musical evening followed by a Christian wedding ceremony and then a Hindu wedding.

At  the mehendi ceremony, Priyanka looked every bit the desi girl in a multi-coloured Abu JaniSandeep Khosla lehenga, while Nick was seen in a beige kurta by the same designer. The unique cricket match saw guests competing as team bride versus team groom. As for the sangeet, it was no less than a Bollywood awards night, complete with an elaborate stage and enthralling performances.The nuptials, on the other hand, were marked first by a Christian ceremony that was officiated by Nick’s father, Paul Kevin Jonas Sr. The glowing couple donned custom-made Ralph Lauren outfits for this one. Priyanka’s 75-foot veil made history as one of the longest veils ever. For the Hindu wedding ceremony, Priyanka opted for a red Sabyasachi lehenga choli and Nick complemented her in a sherwani and turban.

There were 225 guests in attendance at the epic wedding at the ‘Blue City’, including Nick’s brothers Kevin with wife Danielle, Joe with fiancée Sophie Turner, Salman Khan, Arpita Khan, Mickey Contractor, Sabyasachi Mukherjee, and many others. And that wasn’t all; after a short holiday in Oman, the couple hosted two grand receptions in Mumbai, for family, media, and colleagues from Bollywood, respectively. Needless to say, all were well-attended and saw some fantastic examples of Indian fashion. 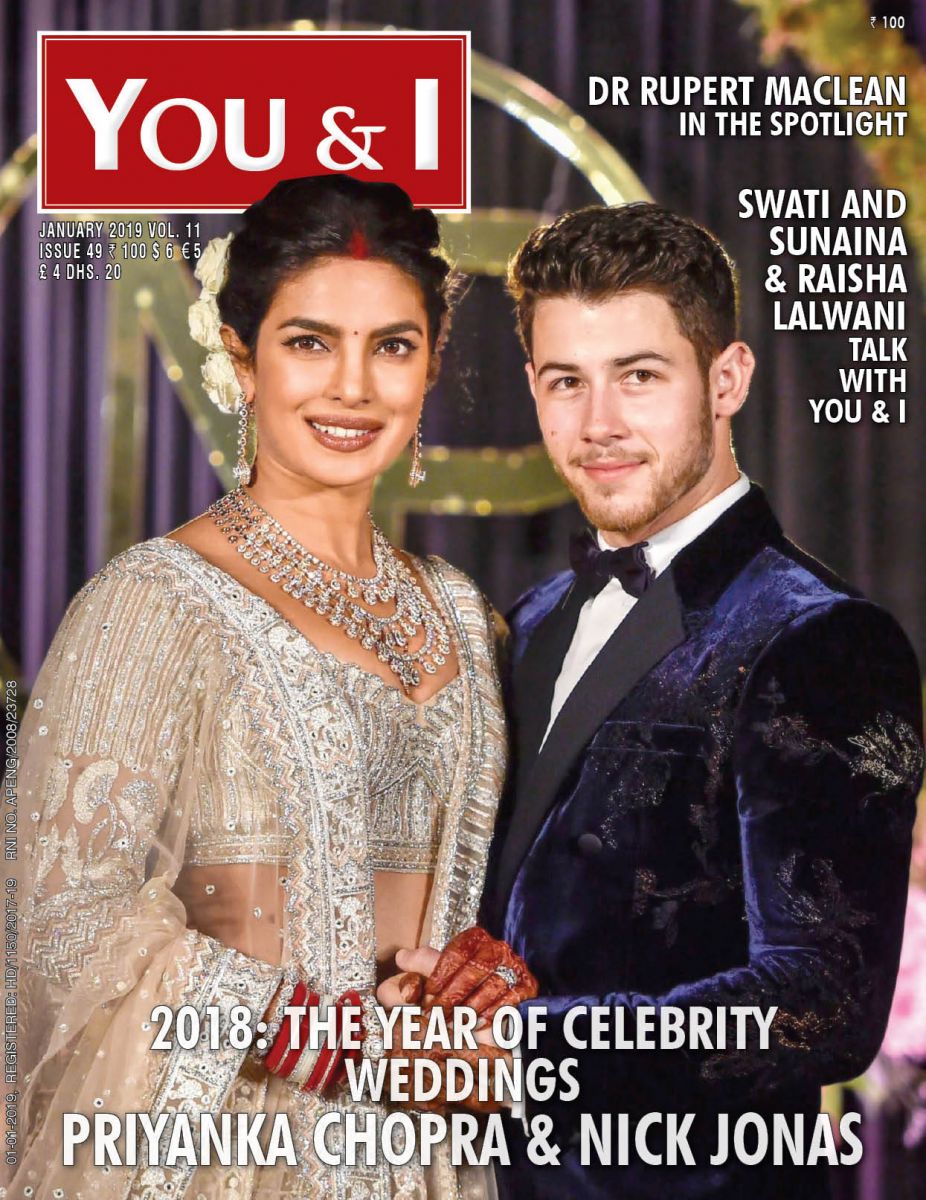